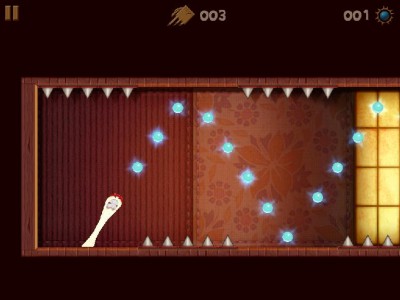 The developers of To-Fu: The Trials of Chi, HotGen Ltd, have brought out a new trailer for their vegetarian-friendly action puzzler, as its 26th May release date closes in.

Built for iPad, iPhone and iPod, To-Fu: The Trials of Chi is an iOS game like no other, featuring a touch-screen mechanic that enables you to stretch and ‘ping’ the courageous To-Fu through each of the 100 levels. The adhesive hero To-Fu sticks to any surface. The game’s control system is easy to pick up – simply requiring the player to grab To-Fu with their finger, dragging him to stretch and releasing to ping.

I suppose the only question that remains is who would win in a fight; To-Fu or Super Meat Boy?

Hotgen release Link It Free to play on iTunes store

To-Fu: Trials of Chi Lite available free on the AppStore