Sony announced their welcome back program yesterday, which was met with mixed reactions, but mainly positive. I’m not complaining about free games, the only people complaining are the people who already have them, which is the minority. The only complaint I have would be that Sony should be giving us PS2 emulation on all PS3 consoles, not just the initial models that support it. Sony took away that functionality to save on “costs”, this was when they weren’t turning around profits on the manufacturing of PS3’s, but those days are over. The days of the Ps2 are also over and surely they don’t need to make anymore profit from the thing, it’s been 10 years, get over it!

We also don’t want HD remakes, which capitalize on our desire to play old games for profit, surely Sony could implement resolution up-scaling into the PS3 with PS2 games, the same way they do video and the same way the Xbox 360 does.

The playstation community used to be quite vocal and angry about this change, but it seems everyone has forgotten about it, well I’m not so much. I want it and now would be the perfect time for everyone to be demanding of Sony since they’re in a vulnerable position publicly, but I doubt my one post is going to do something to change their minds. So maybe the below work of art will, or maybe it’ll just make me feel better that I can’t play Final fantasy X on my PS3 yet. It’s all about the small victories!

So am I wrong or do you want more HD remakes? 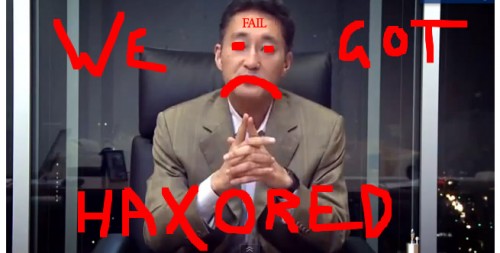