If you like seeing aliens invading Earth and then being fought back by the U.S. Army then you are in luck because if you happen to pick up Battle: Los Angeles when it releases on June 14th on Blu-ray then you will also be given a demo to play Resistance 3 for no extra charge besides paying more for the Blu-ray disc.

The demo included is said to have 30 minutes of gameplay and will be the first time that the public has had access to the title short of reading about it online or watching video footage. No word has been released by the company as to whether or not the demo will eventually show up on the PSN but it is easy to guess that it will a few weeks after the movie’s release. 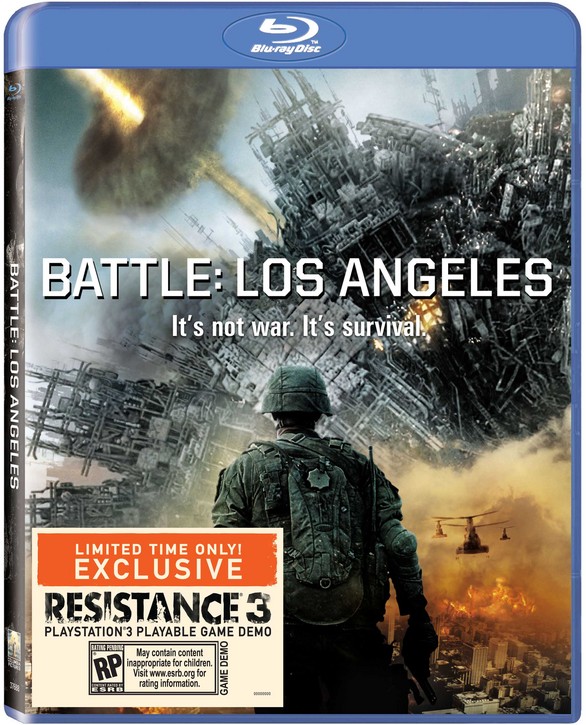