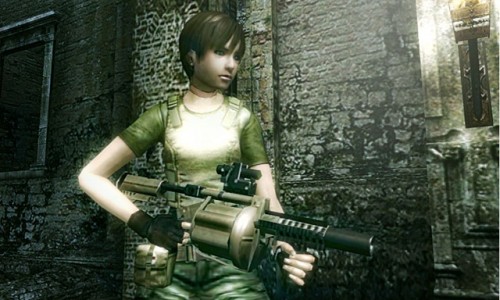 Today Capcom has released quite an interesting video for Resident Evil: The Mercenaries 3D. It starts out simple as a newscast but escalates from there when they talk to a reporter on the front lines where all of the mercenaries are fighting it out with the various infected enemies. That is of course until something else happens, but we’ll leave that for you to find out.

Along with the trailer was finally a US release date of June 28th which places it a few weeks after E3. Also confirmed for the title was the previously leaked character Rebecca Chambers, bringing the list of current mercenary characters to seven. With Rebecca, Chris, Claire, Krauser, HUNK, Jill and Wesker to choose from, who will you choose to fight as when the game releases on the 3DS?