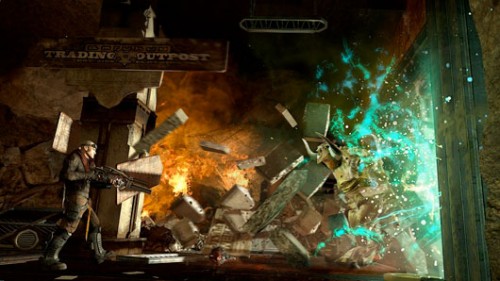 SyFy’s upcoming film is original and coming to TV later this year on June 4.  Surprisingly, the video posted below is actually quite good, and hopefully it will redefine the way that video game movies have been presented in the past.  This film will bridge the gap between the Red Faction: Guerrilla game and the new, soon to be released, Red Faction: Armageddon video game.  While creating this link, it will tell the story of Alec Mason’s children.  Alec was the hero and rebel leader of RF: Guerrilla.   This screenplay was written by “writer and producer Andrew Kreisberg (Warehouse 13, Fringe, Eli Stone), based on a story developed by Paul DeMeo (The Rocketeer, The Flash, Viper).”