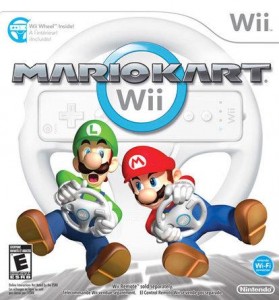 Nintendo is slowly wheedling down the price of the Wii and on the 15 of May, you can expect to see it at Walmart for a measly $150.  Plus, instead of packing in Wii Sports with every console, the Nintendo Racing Wheel and Mario Kart will be included.  The Wii Motion Plus and Nunchuck controllers will also be included in every purchase.  Both the black and white Wii consoles will be marked down.

“From the day it launched, Wii has let players of all ages and experience levels have fun with one another,” said Nintendo of America President Reggie Fils-Aime. “The new suggested retail pricing for both the hardware and select games will help create more of these magical moments for even greater numbers of people.”