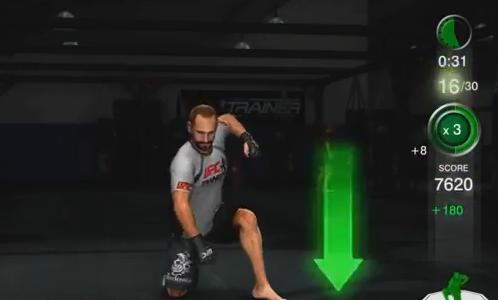 For those of us who have watched our friends spend hours at a time dancing away on Zumba while everyone else simply stared off into the distance, it is soon to be your chance to get yet another type of workout game as UFC Personal Trainer is set to hit stores this June. This latest fitness title from THQ puts training experts Mark DellaGrotte, Greg Jackson and Javier Mendez as your coaches to work out with the same workout regimen that is used to train professional UFC and MMA fighters.

In a new trailer released today, the team in and behind the game go a bit more in depth to explain just what will be in store for those who want to get in shape the UFC way. Judging from the clip, “Lose weight and get in shape” appears to be the tagline for the motion based title as it is mentioned several times throughout while a bit of the actual gameplay is shown off. UFC Personal Trainer will be for the Xbox 360 with Kinect, Playstation Move, and Nintendo Wii, but it seems like the most definitive version is undoubtedly the Kinect version as it has been the most prominently promoted. I’m not a huge fitness game fan as I would much rather go take a walk outside, but I am a bit intrigued as I know I could certainly use the whole “in shape” part. Check out the clip for yourself below and get prepared to feel tired.