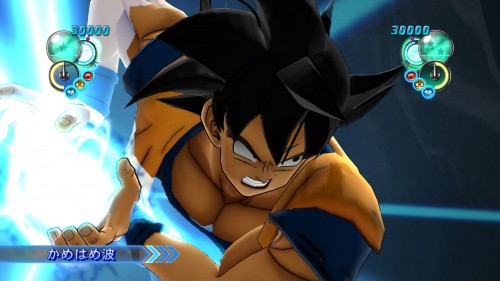 Given that we’ve only heard news from the Japanese side of things, it is refreshing to hear that Dragon Ball Game Project AGE 2011 is going to be made for Western audiences as well. It is even more refreshing to see that the title will end up being released in North America right alongside its Japanese counterpart. Previously announced as “Coming Soon” the latest word from Namco Bandai places the U.S. release of Dragon Ball Game Project AGE 2011 in the Fall.

Spike will be developing the game and is aiming to retain the manga like feel of the original source material which could be a very good thing as it will span the whole series all the way up until the Majin Buu saga. Lets just hope it ends there and doesn’t venture into Dragon Ball GT territory. Also released today was a whole slew of new screenshots from the Japanese version of the title which you can see below although all they show is a fight between Vegeta and Goku.

GET THE FLOCK OUTTA HERE !! – Flock Wins Scottish BAFTA for "Game of the Year"!