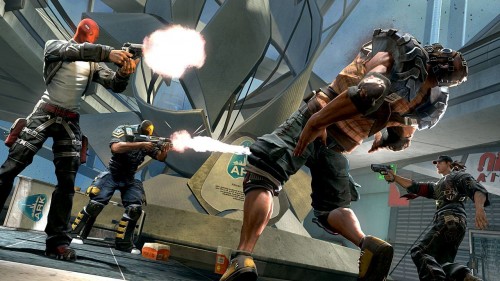 If you have been hiding under a rock then maybe you don’t know that Brink will be released tomorrow in the United States for the PC, PlayStation 3 and the Xbox 360. Also you should know that there has been quite a large media campaign going to teach prospective players the ropes of Brink’s SMART system.

Brink looks to be a game featuring plenty of shooting and free running around the environment as you shoot even more. The game focuses on a civil war premise where one force is trying to escape The Ark while the other is trying to make everything nice and secure. With combat focusing heavily on the multiplayer aspect of things it will be interesting to see the sale differential between the PC and 360 versions of the game compared to that of the PS3, considering the PS3’s lack of online play at the moment.