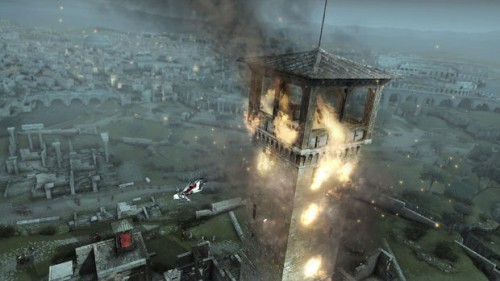 Assassin’s Creed has always been a game that contained a certain amount of mystery inside of it. Whether it is the hidden puzzles that must be deciphered or wall paintings made of blood that can only be seen with Eagle Vision the series loves it’s puzzles. Now Ubisoft has decided that their next Assassin’s Creed game needed a bit of mystery that was supposed to be released slowly over their Facebook.

But it seems a bit of a mistake has let that information slip early and of course the internet was quick to grasp a hold of it. The third in the series of videos shows what appears to be Altair but could easily be another assassin or merely mentioning his existence, but it is very interesting to see such a cryptic way to tell fans what the next game could be about. Either way, you can catch all three currently released teasers below and take your guess as to what they all mean. Besides that another Assassin’s Creed game is coming out of course.