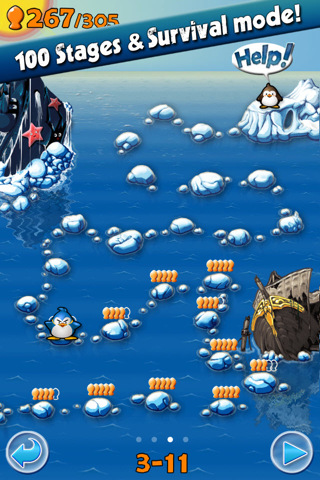 The causal iPhone game ‘Air Penguin’ has proven to be a worldwide hit with Gamevil announcing that the game developed, Enterfly, has sold over one million units and as a result has made one million USD in revenue. The game itself has only been out for a month, sold on Apple’s App store Air Penguin has become one of the fastest selling apps ever.

The game has reached No. 1 in the paid app chart in multiple countries around the world including America, France, Germany and Netherlands. In Air Penguin, players control a penguin using the iPod Touch or iPhone accelerometer across Antarctica while avoid hazards and obstacles.  A new update is on its way with more levels and characters.

Air Penguin is available on the App Store for iPod Touch, iPhone and iPad for $0.99