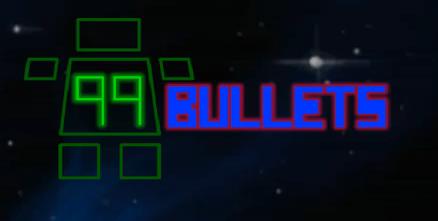 Those awaiting the highly anticipated DSiWare release of 99Bullets can now have a date to look forward to as EnjoyUp Games have announced they will be releasing the shooter on the DSiWare next week on May 23rd. I have mentioned in the past that from what I had seen at the time, I got a Rez vibe mainly due to the human-shaped figure (which goes by the name of V-99) that is used to actually shoot as well as the vivid colors and scenery.

I can now say after seeing the launch trailer for the title (which you can check out below) that 99Bullets really looks to stand on it’s own though as the actual gameplay appears to mix elements of new and old arcade shooters together, which looks to be a fantastic combination. EnjoyUp have also priced the game at nice and surprisingly low 500 points.