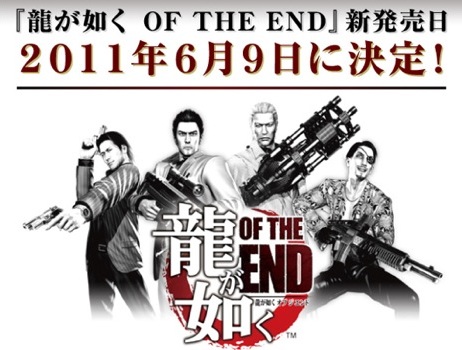 Yakuza: Of the End was a victim of very unfortunate circumstances. The game itself depicts a zombie outbreak occurring in Kamurocho which itself is based off of a real Japanese district. The game was initially set to be released on March 17th in Japan but the week before the release the Tohoku Earthquake occurred and devastated much of Japan.

Because of the earthquake Sega decided to postpone the release of the Yakuza spinoff title and it had been sitting with no release in sight. Now it appears that the Yakuza based zombie game will be coming out on June 9th for Japan. There currently has been no release announced for Yakuza: Of the End in the West. But those who do happen to pick up Yakuza: Of the End early in Japan will receive a Yakuza sticker saying “Go for it, Japan!” and an undisclosed amount of the purchase will be donated directly to the Red Cross.