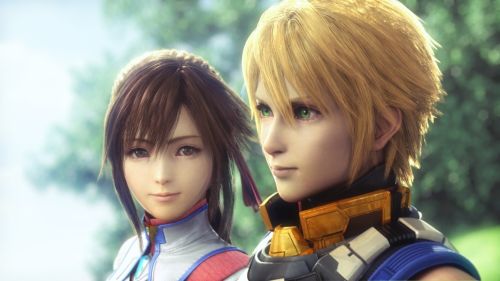 Developer Tri-Ace, best known for working on the Star Ocean series and the Valkyrie Profile series has announced two games today that will be published by Konami in the future. Though the announcement isn’t really from the company itself but actually a leak from Famitsu, the standard source of all leaked information from Japan with Andriasang placing it on the internet.

The title for the PSP that they will be developing is called Frontier Gate and will apparently combine Monster Hunter styled gameplay with turn-based RPG gameplay. The game will contain three player co-op and allow players to select one of fifteen partners to travel with and each will have a unique storyline. The other title announced is Beyond the Labyrinth for the 3DS. The title will be a 3D dungeon RPG that is being developed by Takayuki Suguro who worked as director for Resonance of Fate and also Elebits producer Shingo Mukaitouge.

Neither title has a set release date but Frontier Gate is most likely going to be released sometime this year. A few days ago Tri-Ace revealed a tech demo that shows just what they are capable of creating with a game and it certainly is amazing to see. Hopefully we can expect this type of quality with these upcoming titles.