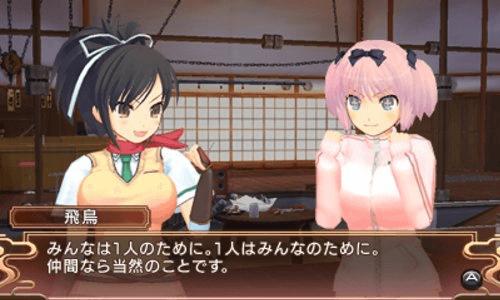 Nobody said that a game involving torn clothing and a focus on the female anatomy on a 3D device couldn’t have a storyline right? Well you better believe it as far as Senran Kagura: Portrait of Girls is concerned. A listing for the title on Japanese website AmiAmi (found by Siliconera) lists some information about the title, such as a summer release date, but most importantly it contains information on the storyline.
Now Senran Kagura takes place in a modern day setting with ninjas who are still alive today. Despite being used mostly during the Sengoku era as assassins and spies, now ninja are used as an influential tool by politicians and corporations. The government has created the Hanzo Academy that trains girls to become shinobi in an effort to fight off the dirty tactics used by these businesses. This actually sounds quite interesting actually, to bad the chances of a Western release are bleak at the moment.