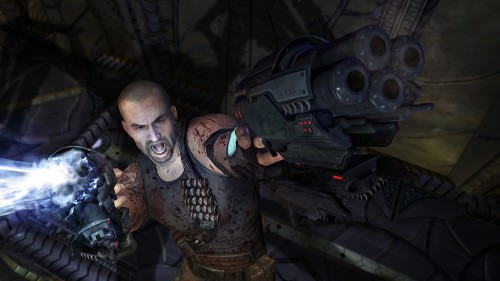 Well maybe the PSN, you never really know at the moment. Hopefully it will be up on May 3rd but if not then don’t expect the demo to be available then. Moving on. THQ has announced today that they will be placing a demo for their upcoming title Red Faction: Armageddon on the XBLM and PSN on May 3rd but unfortunately those hoping for a PC demo will be left out in the cold as no PC demo is planned at the time.

The demo will allow players to take control of Darius Mason and fight through some Martian sewers and aliens. He will do this through the Nano Forge which deals massive damage and is even able to restore things it destroyed and the Magnet Gun which will allow you to throw entire buildings at your enemies. Nothing says you want to kill something like a house in the face right?