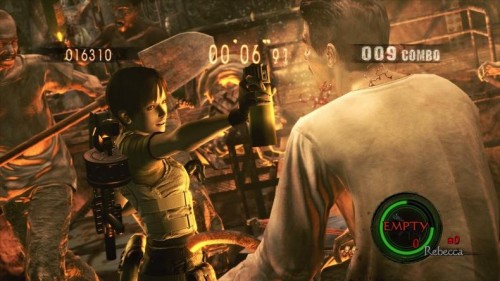 Having a demo copy of your game available for play at a game convention is a standard for publishers. Now having people unlock hidden content and share it to the rest of the world on video… probably not part of the plan. At Wondercon there were playable demos of Resident Evil: Mercenaries 3D and one of the people waiting in line to play it happened to have a video recorder handy to catch a previously unannounced character being unlocked and played.

Rebecca Chambers who made her first appearance in Resident Evil 1, or Resident Evil 0 I suppose…, will be a playable character in the upcoming Mercenaries game from Capcom. The video shows plenty of first hand gameplay footage with the standard over the shoulder shooting we’ve grown accustomed too in RE4 and Re5. The man who uploaded the video said the person before him completed a level with an S ranking, possibly unlocking Rebecca ahead of Capcom’s reveal.