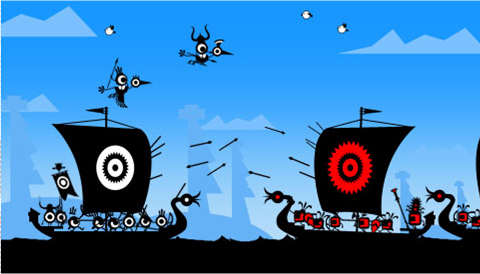 A Patapon 3 trailer entitled “Bigger, Badder” has been put out ahead of the title’s launch later this week on PSP.

With the Japanese line of Sony Computer Entertainment’s development studios in charge, the game is a rhythm-based war experience. You must tap different combinations of buttons to the rhythm of the background track, with each action commanding your fighters in different ways into battle against beasts and ultimately, the seven evil spirits.

Where it differs from the other games is through a number of new enemies to fight, a creation tool for your own ‘Hero’ fighters, and the welcome addition of eight player co-op.