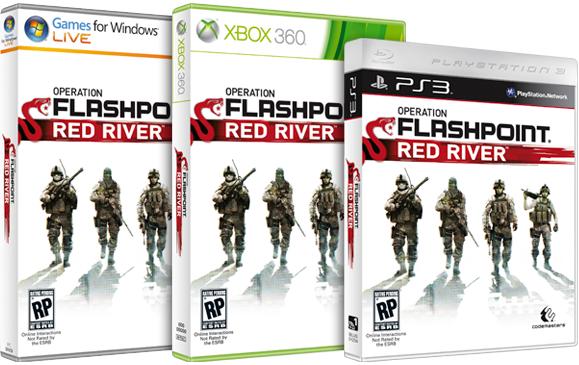 Codemasters’s highly anticipated tactical first person shooter ‘Operation Flashpoint: Red River’ is now available in Australia and Europe for Xbox 360, Playstaion 3 and PC. Operation Flashpoint: Red River puts players into realistic, tactical combat situations. Set in a Tajikistan, players take a role in a US Marine Fireteam – Rifleman, Scout, Auto Rifleman and Grenadier – who all have a unique skill to bring to combat.

Operation Flashpoint: Red River sets it apart for other first person shooters by putting an emphasis on authentic realism and four player campaign co-operative gameplay, where players will have work together as a team to complete their objectives. Codemasters have also released a new launch video focusing on each member’s specialities that makes up the US Fireteam. North American gamers will have to wait a little longer to get their hand on the game, with a June 7 release date.