It’s nearly that time of the year when the 2011 Logies is upon us, and Madman TV’s Offspring has been nominated for an overwhelming number of Logies. 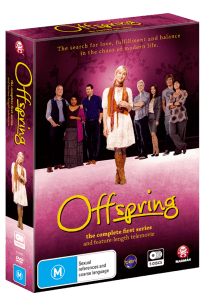 Offspring is nominated for eight categories, including the Gold Logie, and is a story about food, music, sex, babies, and love. Safe to say, with that mix it’s no wonder this TV series is doing so well. Also nominated were SBS DVD releases Wilfred, Who Do You Think You Are? and Luke Nguyen’s Vietnam. Check out all of these DVDs on the official Madman website here, and tune in to the Logies on May 1 on Channel Nine.