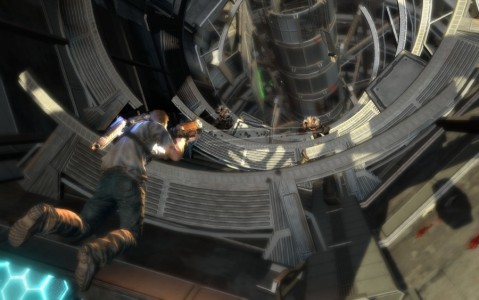 Inversion is a third-person shooter where players will actually have control over gravity itself. Brought to you by the same people that developed Timeshift, this new title promises to bring an interesting element to gameplay not often seen in standard shooters. The trailer itself showcases a mindbending visual of how a world without gravity works, and throws beautiful graphics in the equation as well.

Inversion will be available on the 10th of February, 2012 for Playstation 3, Xbox 360, and PC. Check out the official Inversion site here, or take a peek at the trailer down below.