The below picture is a page of Jump Square magazine from Japan that is announcing that a new anime series of Rurouni Kenshin will be coming soon. Exactly what the anime will entail has yet to be announced. Will it be a different storyline from the original anime that aired so many years ago or will it be a rework of the original with modern techniques adapted to provide a better viewing experience? No one knows yet but more details will be released in upcoming Jump Magazines says ANN.

The magazine also announced that the two OVAs of the series, Trust and Betrayal and Reflection as well as the movie, Samurai X: The Motion Picture will be released on Blu-Ray. Unfortunately no one knows whether or not these Blu-Rays will be released stateside yet but it is good to know that the anime that so many of us saw as children is being revisited and brought back into public view. 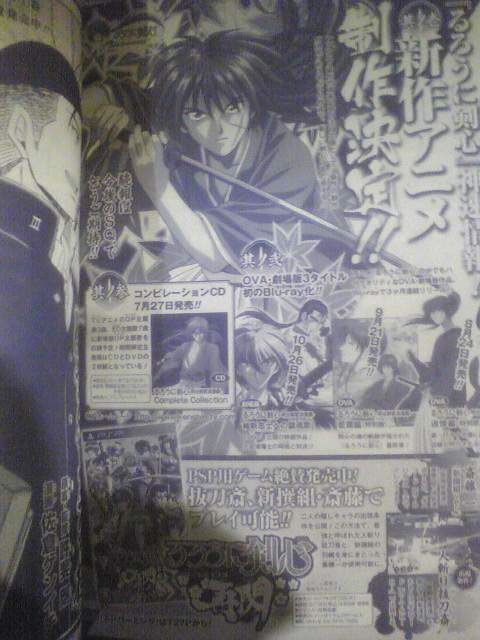