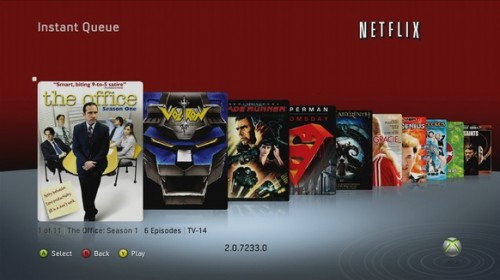 Good news for everyone who uses their Xbox 360 to access Netflix. The latest update that was applied today made it so that the Kinect will now be able to work with the program. Netflix now supports all voice control and hand waving that you would expect after seeing the Kinect in use after so many months.

The update also created a brand new Kinect-only recommendation channel which uses only gesture controls. The channel is the same as the standard recommendation channel but it gives titles that can only be used by gesture or voice. Unfortunately the recommendations are as far as you can go at the moment, as more choices require the use of a controller which is more than a minor let down.