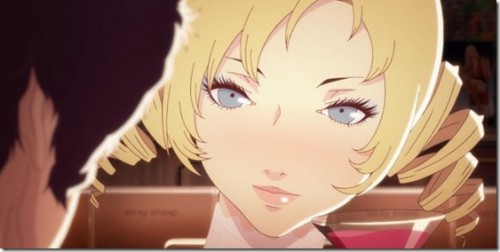 Earlier this week, fellow editor Chris Cerami posted a news article about Atlus’ latest competition for their upcoming game: Catherine. The main point of this contest? To build a trailer out of fan responses. And so, I actually made a response to this video, just because I could.

Here is the video, which may or may not be my actual views on the topic, that is totally a parody of a very popular anime.

Here is the transcript for everyone to follow (mostly un-edtied, spelling fixed mainly) –

I never really believed that I had feelings to express in some way about a woman, that is until I watched through your video anyway. Then it all occurred to me, I do in fact have feelings. And some of them may involve a woman or two.
But first, let me ask you this: what is a woman and what do they represent?
I assume that you won’t be answering this question directly as you have an entire contest to run so instead I’ll just tell everyone my thoughts on the matter and assume that you will agree with my opinion in some way.

Why should you agree? It’s simple, you just will. If not, then, you’ll disagree and go on with your life. You may make a response to my video or you may not, but that is not that important if you do.

So what is a woman? A woman is a member of the human race that has a more interior reproductive organ (as opposed to the external that men possess) and also possess a series of lactative teats for which their young are to suckle in order to gain valuable nutrients early on in life. But above that, I also view women as having a significant role in day to day relationships between people. They provide 50% of the total available genders for humans to be born as and as such are just as varied as their male counterparts, if not, more-so. I also view women as equal members of this society and it is fully possible for them to succeed at whatever it is that they want to undertake, assuming that they work hard at it. Nothing comes for free.

Hearing this back it may just sound like I am viewing women as an object, which for the sake of that opinion is true. I have attempted to dehumanise them as a core subject so that you may hear a less biased opinion on them. You will now hear my biased opinion.

Women are a lot of fun to be around. They make exceptional friends and can be quite funny and observational. It’s kind of hard to talk about this personally as I’d be referencing a particular person or set of people instead of the entire female populace. From my experience however, some of the most fun I’ve had in recent times have been with the ladies. In my opinion there shoudln’t be this weird gender barrier that separates man from woman as their is very little difference socially that I have experienced. Anyway, that is my biased opinion, it should not be regarded to as fact, nor should it be included in any scientific study, unless that study is of biased factoids on women.

So apparently I want to be a part of this Catherine trailer and so I must answer a small amount of questions that I may or may not answer honestly or truthfully.

1) Do you want to get married?
Do I want to get married? Honestly, I am quite indifferent to the idea of marriage. Marriage has been around since pre-recorded time if sources are to be believed and as such are viewed as almost a requirement in the modern society. Over the years, new amendments to the marriage idea have been created (sometimes by church, other times by government) to suit the needs of the time. Some notable inclusions to the idea were actually as recent as 250 years ago, where Lord Hardwick created the marriage act of 1753 which made it so that marriage required some kind of formal ceremony (which is why we have marriage ceremonies now) which requires a priest and two other witnesses to be present as well as a registration of the marriage to be made. A notable amendment to the act was created almost recently in the year 1873, where participants can (if they choose) become married in front of a marriage clerk and is also legally recognised as if they were wed by an affiliate of the church.
So in noting this, should I, myself, be a part of a system that reflects society as it appeared before my time? Should not just loving a woman be enough for us to function as a group? Honestly, I’m not sure. I’d rather just say it the way it would happen, which is if the woman I’m dating wants to get married (and shows this by either hinting at it, proposing to me directly, or says it straight up) then I’m sure that I would. Also, I have no idea as to how I would view this idea in the coming months or years and as such can comment as to whether or not I would propose without being prompted to do so.

2) If so, and you happen to be seeing someone at the moment, to them?
At the moment, I am single. Though, this may change between now and when the contest is aired. I’m not going to say that I have someone in mind or not as it shouldn’t really matter. I’m going to take this hypothetically.
So the question is actually: Would I marry X ?
Would I marry her? If she wanted it, then I would. This is of course assuming that we’ve been dating for a while and we work as perfectly as we possibly can. I’m not the type of person to force my view of ‘I don’t really care about whether we do or don’t’ on them. Look, this is all subject to change, as the human mind can be as fickle about a topic as drunk can be on his booze. I know that I would be ultimately flattered that a woman would want me to be their husband, so there’s no way I’d turn her down. Of course, there will be pre-nuptials, as this is a requirement to what I believe is a legal contract between a man and a woman to spend an eternity together. If this contract is broken, should there not be consequences? Of course, there is natural decay in a relationship and this would account for that. But assuming it was forced should there not be a consequence in relation to the potential emotional damage?

3)If not, why?
She didn’t sign the prenupt. I’m not entering any contract that will leave me helpless and exposed should the worst happen. That is all.

I hope that this response not only finds it’s way into the contest as a possible contender, but also as a form of entertainment for the masses. There are also some tiny bits of information that may be used in reference to other things. I hope that everybody has a great life and that CAPSULE COMPUTERS is an awesome website that you all need to check out frequently as we are awesome. 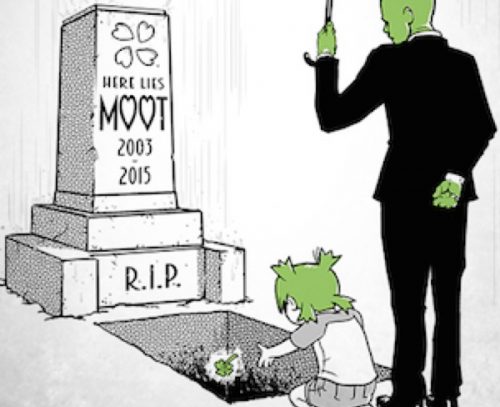