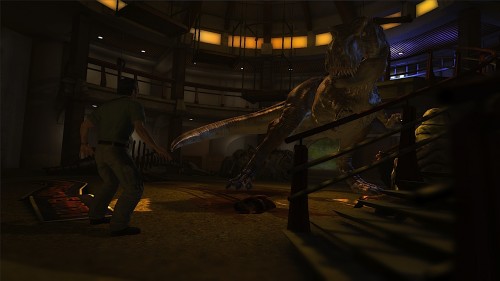 Yesterday Telltale Games announced that they had managed to reach an agreement with Microsoft that will allow them to publish their games on the Xbox 360. And it seems that they were definitely eager to get some publishing done because Telltale announced today that they will be releasing their upcoming game, Jurassic Park: The Game will be released as a retail copy with all episodes of the series on one disc.

This is a new step for Telltale which has usually always released their titles through digital means and through episodes. They have also stated that they will be releasing the 360 edition of the game and the PS3 edition of the game at the same time, though they did not go into further detail on how this will be done. Either way we can expect Jurassic Park: The Game to show up on home consoles sometime this Fall. Perhaps this is a sign of things to come from Telltale. Could we be seeing a Back to the Future: The Game retail release somewhere down the line as well?