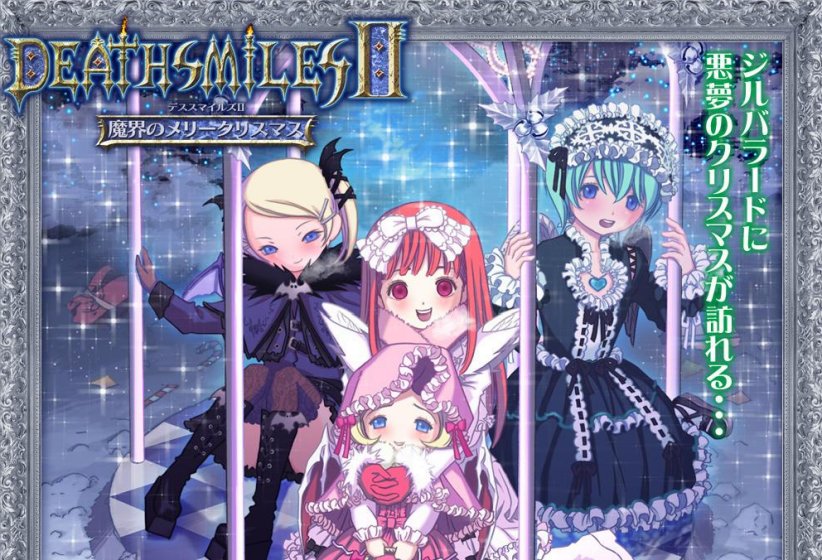 Now last year a title was released in the U.S. called Death Smiles. It was a classic Japanese bullet hell styled game that was brought over with the help of Aksys Games and developed by Cave. Now this year it seems that Cave will be handling everything themselves because in the ESRB rating for the game they are listed as the publisher for the title as Cave Co. Ltd.

Whether this is because they thought Aksys handled the game poorly or if they made enough money from the first title that they could handle the second title completely on their own has yet to be seen. But either way we have ESRB’s rating to see what the game will contain (as well as a video from the Japanese version of the game). The rating itself places the game at a T rating and goes into full detail about a number of the things that a parent might have to worry about. Catch the full description below.

This is a side-scrolling shooter in which players control small characters that fly through the air and destroy fantastical creatures. Players shoot various projectiles (bombs, bullets, lasers, arrows, etc.) at elephants, pigs, goblins, bats, and monsters in constant air battle. Enemies and objects explode in fiery bursts and bright particles. In one still-frame cutscene, an unconscious man is depicted on the ground with small bloodstains next to his mouth. Some cutscenes depict female characters in suggestive poses or revealing outfits (e.g., a character whose top falls off, a woman covering her chest). A few static images depict women with partially exposed breasts (e.g., a character lying face-down on a massage table; a goddess whose breasts are obscured by thin strands of hair)

EA and the Windows Phone 7