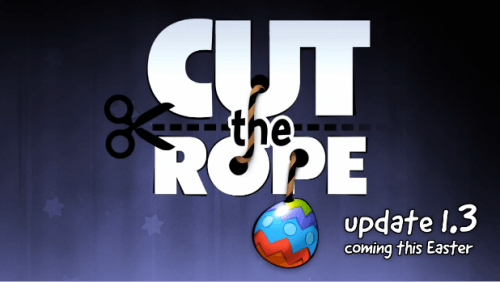 Chillingo’s Cut the Rope has been on the top of the App Store for quite a long time. The simple but addicting puzzle game with the little green monster that wants nothing but candy seems to be a big draw on anyone who owns an iPhone or an iPad. In an effort to keep fans of the game happy Chillingo has released many updates with new levels and content.

Their latest update will add a new Magic Box to the game where players will recieve a bunch of new levels featuring magician themed levels. Also sine it was updated today you can already be playing these levels now. Also as you see in the trailer the candy can change into an Easter Egg, now it is up to you to find out how to use this little secret in your own game. If you haven’t picked up the game yet it is only $0.99 cents on the App Store.