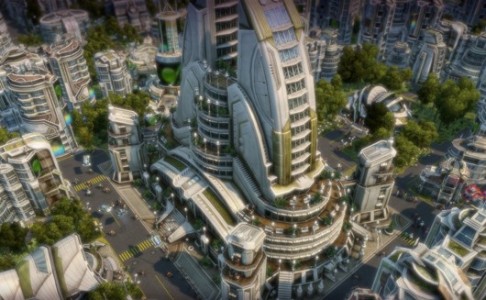 Ubisoft has announced that Related Designs will be developing a sequel to their hit strategy game,  Dawn of Discovery.  The new game is named, Anno 2070.  This city building strategy game will be set in the future, and the upcoming global climate changes will be instrumental in your gameplay planning processes.

“Anno 2070 is a very ambitious game that will feel both familiar and fresh to fans of the series,” said Adam Novickas, director of marketing at Ubisoft. “Due to the game’s futuristic setting, the development team wasn’t restricted by historical boundaries and was able to dream bigger than ever before. It’s a new take on a great franchise that both newcomers and longtime fans will love.”

Rising sea levels have contributed to the horrific ecological disasters that you’ll have to solve while building your cities.  Yup, amazingly enough, even after global warming destruction, industrialization is still a path to choose to draft your new world: be a  Tycoon or save the planet with the Ecos.