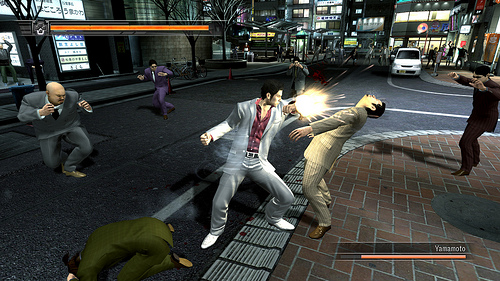 Looks like Yakuza 4 will arrive on Western shores almost a hundred percent intact. This comes despite the fact that Yakuza 3 suffered quite a few cuts with entire gameplay segments being removed. Thanks to Siliconera it appears that only two things had to be removed this time around and neither of them was to avoid any potential criticisms about the content.

The two features that were cut was an Answer x Answer quiz game because the questions themselves were based on a series of text images and could not be translated without completely editing the game itself and the Opening song was changed because they could not acquire the license to use the original song in the American release. Despite that fact all other aspects of the game are unchanged.