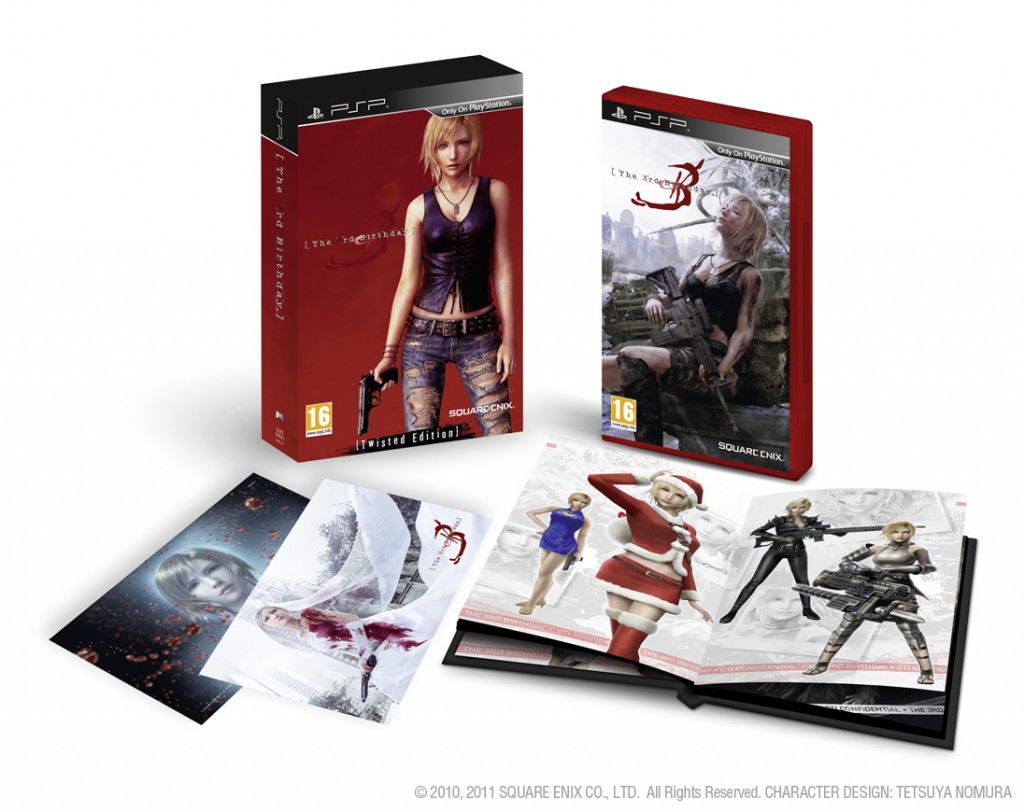 Square Enix has announced both a release date and special edition details for third-person shooter action role-playing game ‘The 3rd Birthday’, the next installment of the Parasite Eve series exclusively for the PSP. The special Twisted Edition retail version of the game will include exclusive in-game items, a copy of CTI Confidential (a 44 page hardcover artbook), two deluxe Aya Brea Lithograph art prints and an exclusive Lightning in Aya Brea costume for use in the upcoming PSP fighter Dissidia 012 Final Fantasy​. As well as a discount voucher offering 50% off the purchase of the upcoming re-release of Final Fantasy II available soon on the Playstation Network.

The 3rd Birthday is set to be released in Australia on April 7.