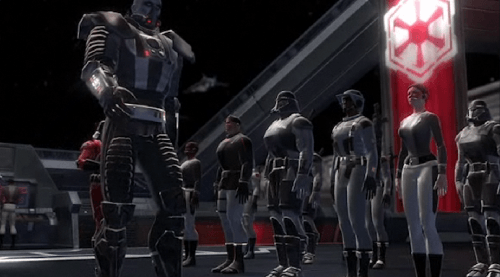 Despite a few missteps in the past few years the best way to ensure that your game is going to sell like hotcakes is to put the Star Wars name in front of it, but then again if you build your game from the ground up and base it around the whole Star Wars galaxy then you may as well just take people’s wallets. Bioware and Lucasarts have done this for the past few years and are getting ready to release Star Wars: The Old Republic this year.

A new trailer was released out of PAX East today that shows just a little bit of what players will be in for when they create their character for the first time. From the looks of the trailer there will be plenty of references to favorite characters and plenty of action to be had between Jedi and Sith. Unfortunately they still have not announced a release date but fans of MMO’s and Star Wars should just leave some money on the side to pick this up when it comes out.

The Old Republic Grace Period Has Been Reinstated