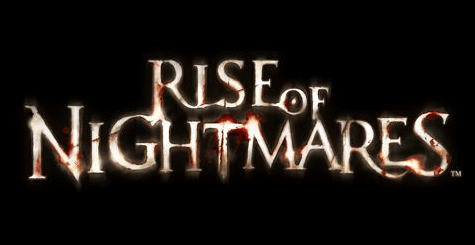 Is it bad form for the first details about a game under development to be leaked by the rating it was given and the explanation for said rating? That is up to the reader of course but it seems that Sega’s Rise of Nightmares game has gotten its official ESRB rating of M and they have also released their reasoning for the rating which you can read below.

But before that it is worth taking note that Rise of Nightmares was announced back at Tokyo Game Show and was described as the first Kinect enabled horror game for the Xbox 360 and would be released some point in Spring 2011. There was no more information given since then except for this rating which you can read below:

This is a horror-adventure game in which players assume the role of an American tourist who must rescue his wife from a deranged scientist. From a first-person perspective, players use brass knuckles, knives, hatchets, and chainsaws to kill zombie-like creatures and disfigured monsters inside a mansion environment. Combat is highlighted by exaggerated sprays of blood, and damage often results in dismemberment or decapitation—stray body parts sometimes litter the ground.

Some sequences and cutscenes depict more intense acts of violence: a man screams loudly as spikes impale his body; a restrained character’s hand is chopped off before he is killed; a character (cut in half) crawls away in a pool of blood; a soldier is ripped apart by a monster, causing blood to stain the screen. During the course of the game, some female creatures are depicted in revealing outfits (e.g., ‘pasties’ that partially cover their breasts); in one sequence, a woman sits on the central character’s chest and engages in suggestive dialogue (e.g., ‘Oh, how I’ve thought of this—night after night. How I’ve missed these lips.’). Dialogue also includes phrases such as ‘Best sex of my life.’/’Worst sex of my life,’ ‘f**k,’ and ‘sh*t.’

Well… wow is all I can say at first glance. Could this be perhaps one of the first hardcore-audience targeted games for the Kinect? Because that description certainly sounds like Rise of Nightmares will be a great game. Unfortunately nothing else is known at this time, but it is worth noting that the ESRB has since pulled the rating from their site. This most likely means that Sega will have plenty of official announcements next week for the titlle.