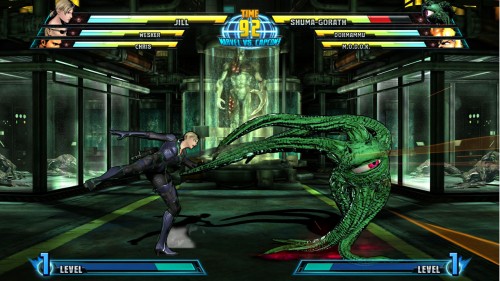 Capcom released a couple of videos today to help boost interest in their upcoming character DLC containing Shuma Gorath and Jill Valentine. Many fans of the series were disappointed to find out that Jill would not be returning in the main roster for Marvel vs Capcom 3 but that will soon be rectified as long as they are willing to pay $5 or 400 MSP for each character individually.

These videos show off both Shuma Gorath and Jill Valentines special combo attacks as well as their finishing moves which was the standard for character reveals leading up to the release of MvC3. Anyone who purchased the collector’s edition of MvC3 however will not have to pay $5 for each character as the C.E. came with a download voucher for the characters which can be redeemed when they are released on March 15th.

How to play as Galactus in Ultimate Marvel vs. Capcom 3