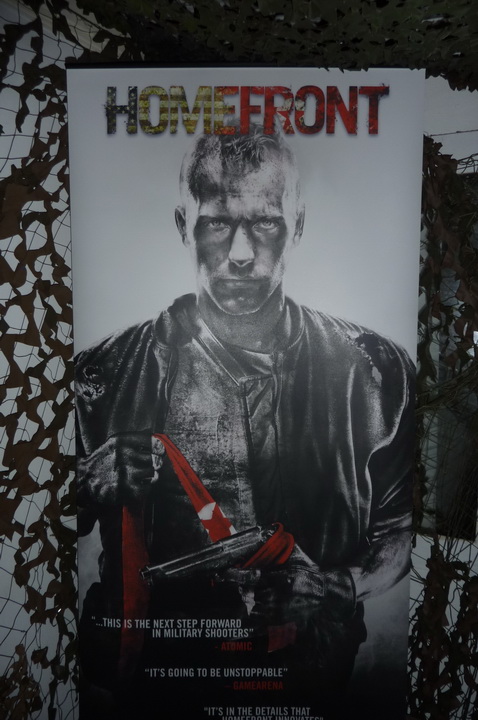 I packed my stuff, told Phil(MasterAbbott) I was leaving and then left. I headed for the bus, waited for like two minutes and then caught it. Because I’m awesome, I was listening to some Anime speed remixes by the label of ‘Exit Trance’. Man they’re so awesome. I also listened to some J-Rock, ‘JAM Project’; for all those interested. Anyways, the bus trip was short, uneventful and lacking in babes. I moved onto the train from the train-station and listened to some more ‘Exit Trance’. After what seemed like a longer than usual time, the train pulled into Central Station and I headed to the event.

I almost walked past the location that the event was being held at, I also got lost trying to find it… just a little. I actually had to start relying on The Force to find it.

Using my highly acute Jedi powers, I finally managed to find my way to the turn off into the street that the event was at. I peered down the street (it was actually more like a driveable alleyway) and saw a group of people congregating and what vaguely looked like Phil from a distance. So I approached, the worst that the group could have been is a nerdy gang… hardly a threat. 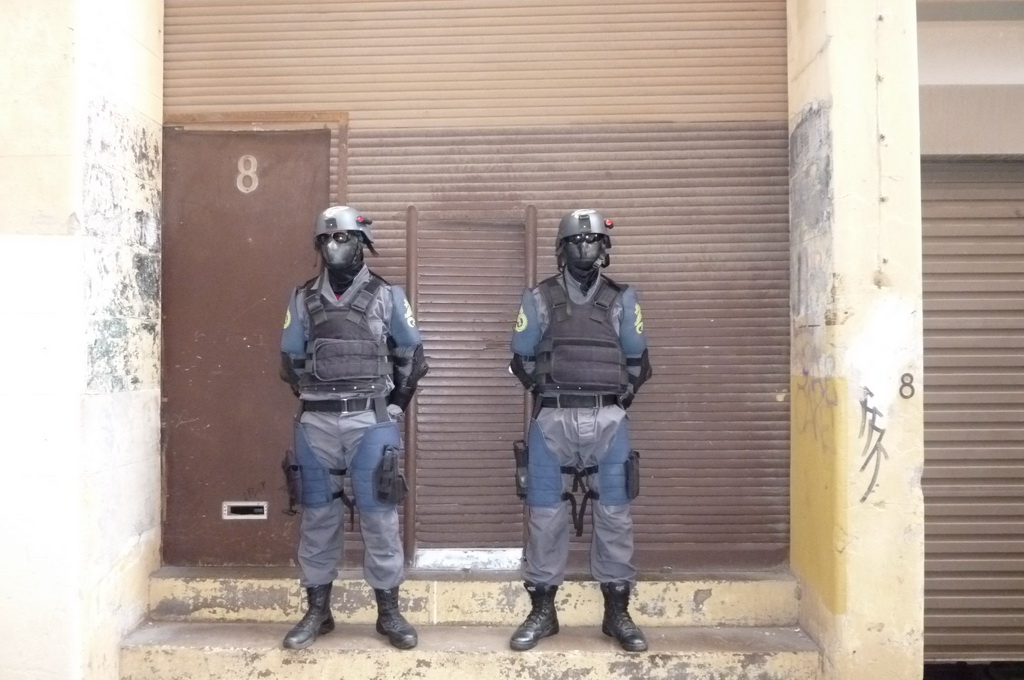 After a few minutes of waiting we were ‘greeted’ by a couple of Korean Soldiers who kind of looked like they meant business. Queue everybody getting pictures. So the dudes came out, and we got a photo of them. It was cool. Then it’s almost time for us to enter. After standing around and chatting for a few more minutes, Paul from THQ came out to let us know that it’s time to enter and explains to us that we each would be recieving the following items: A copy of the Book – ‘The Voice of Freedom’, A copy of the PC version (on Steam) of the game and a copy of either the Xbox360 or PS3 version of the game. Rockin’.

And so the dude re-enters the building, followed by the Koreans and then by everyone else towards the end. We are led in through this tunnely walk-way thing that was quite narrow, and also somewhat dark. Luckily it wasn’t very long, like max 1-1.5seconds long. We reach the light at the end of the tunnel and are welcomed by a room filled with televisions and connected Xbox units. After observing the room, we were told that we could grab beverages and find an unoccupied unit to game on. I grabbed me a coke and sat in the middle-right row, right in the middle. 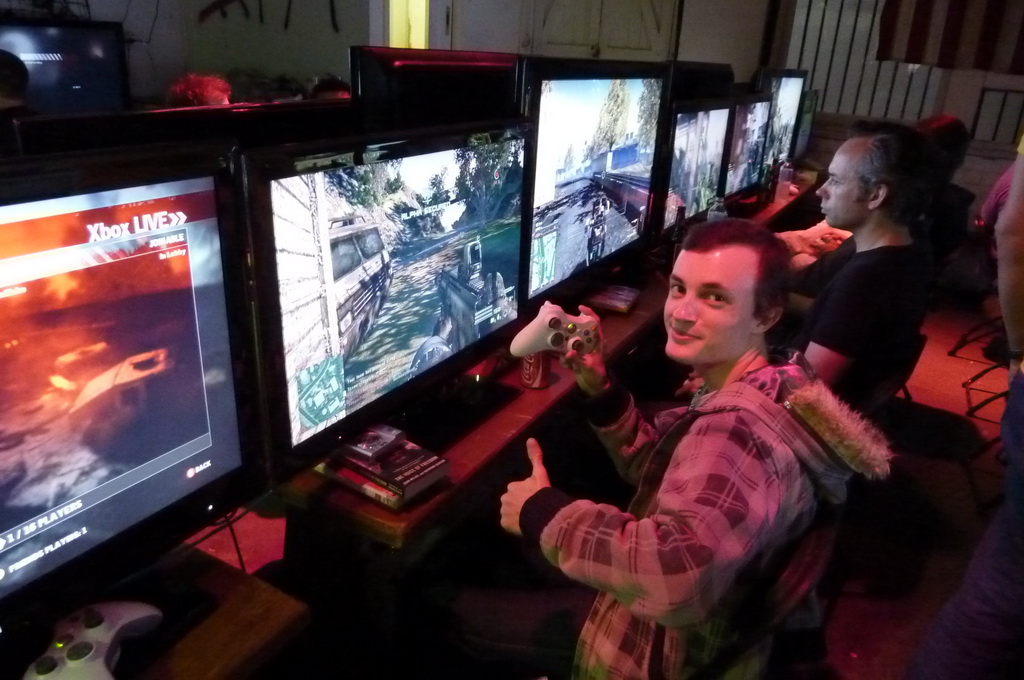 Me being an awesome gamer by not holding the controller correctly, or facing the screen. Also, WHAT THE HELL IS UP WITH MY THUMB!?!? 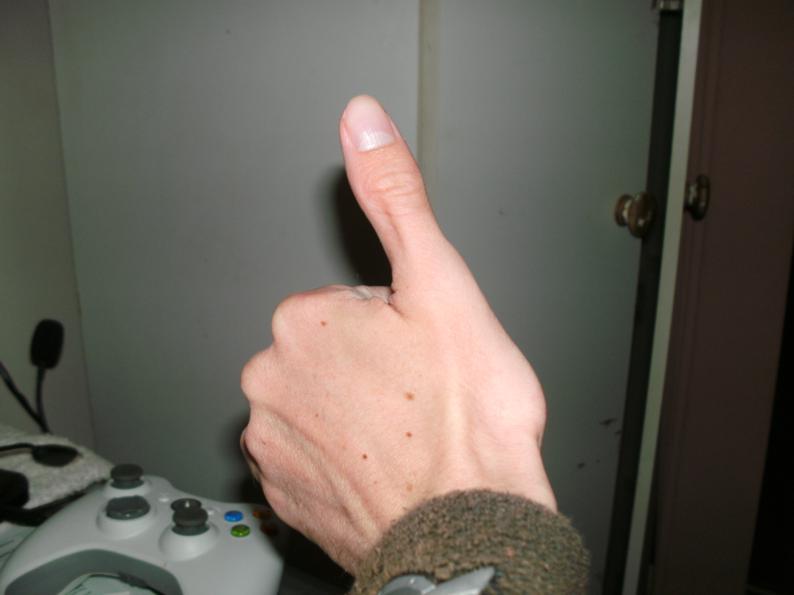 MY ACTUAL THUMB, NOT PHIL’S CAMERA BEING WEIRD!

The gaming set-up, while not ideal, was quite easy to get used to… though, you couldn’t appreciate the games detail while your nose is right against the screen. Standing back, the game looked pretty good running on the Xbox 360, but with your nose right against it, everything was a pixelated mess. Made it easy to spot players though, once you could work out what they looked like. Of course, I found this one really good spot that was quasi-camping for easy kills in one of maps.

After a few hours of gaming, it was time to pack up and go. But before it could happen, Paul went around and handed out press-copies of the game, which was incredibly awesome of him.  MasterAbbott tried to take an extra copy and the Korean Soldiers were all over him like flies on S$#$% 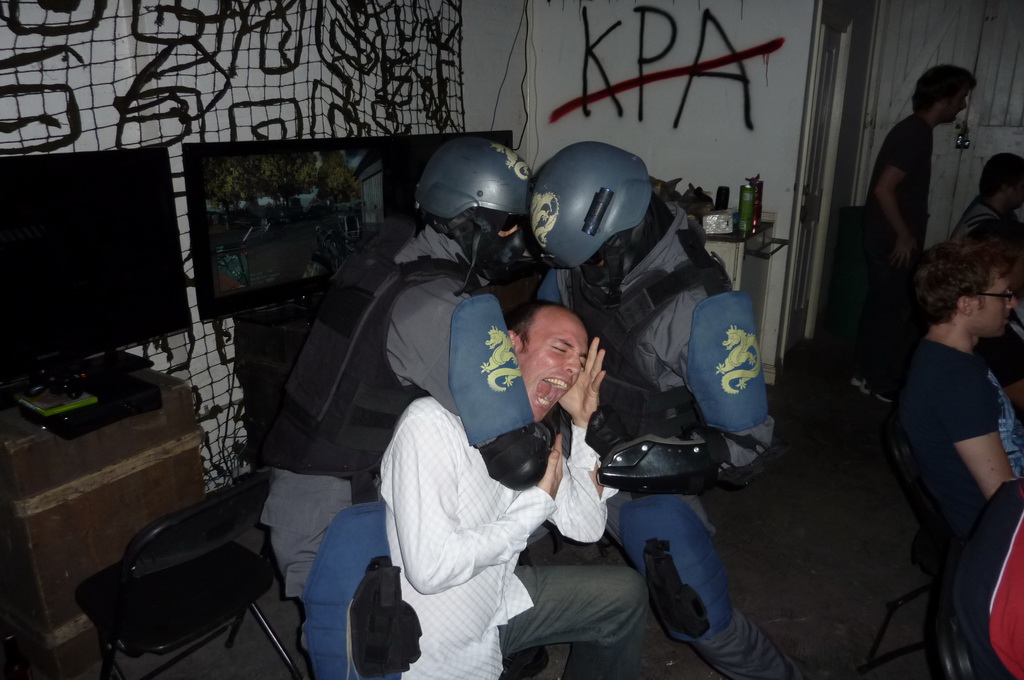 As you can tell from Phil getting owned by the Korean Super Soldiers. (ONE COPY NOT TWO !!)

After receiving our press editions of the game, we had time for one more round and then it was time to leave. The event itself was quite enjoyable, especially when some of starting hurling smack towards each other (er… smack talk, not drugs…) and most especially that one time when I just absolutely owned everyone. I leave you all with one final message. DO NOT SIT SO CLOSE TO THE TELEVISION EVER, IT IS PROVEN TO DEGRADE YOUR EYESIGHT. 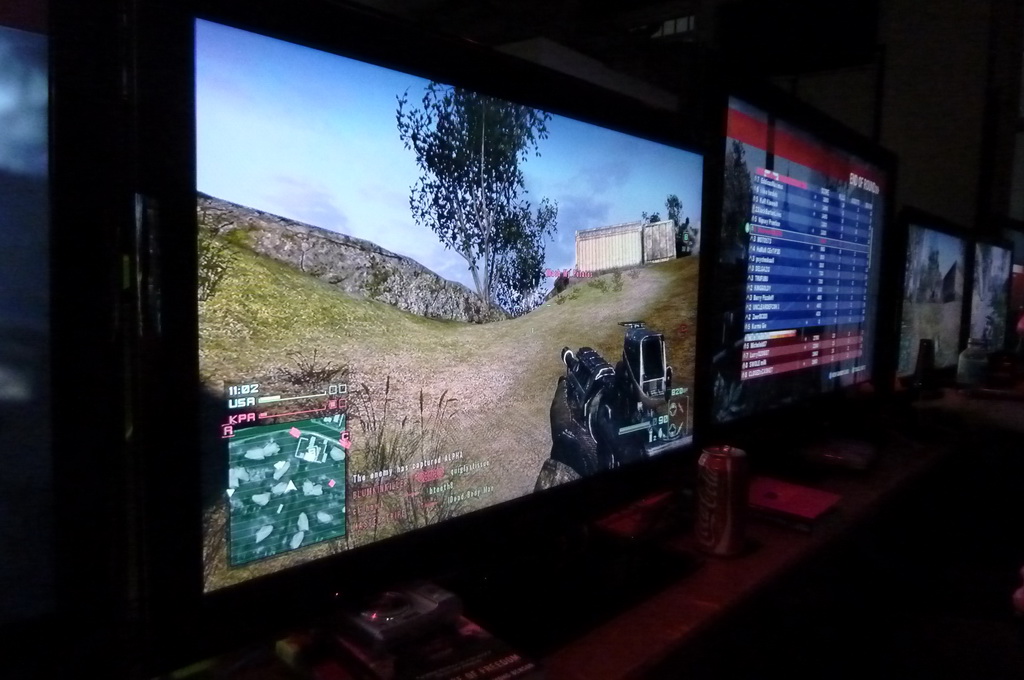 Special thanks to the great dudes over at THQ for organizing the event,  myself and Masterabbott had a great time !! Let’s do this again soon 🙂

THQ drops out of children’s market, focuses on core titles