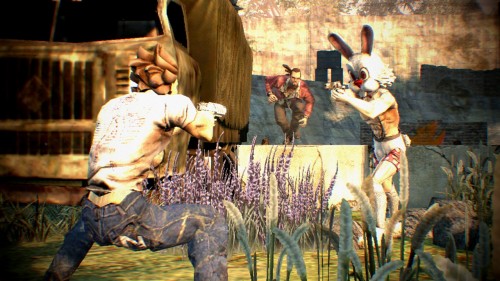 With little notification Square Enix has killed off a game that some may remember, and some may never even heard of. First shown off at Gamescom last year Gun Loco was set to be a on over the top FPS where players were set on a prison planet and forced to fight one another. There was also the fact that the character models all were based off of plastic models.

Despite the fact that the game was playable at Tokyo Game Show last year there will be no further developments into Gun Loco and any chance of the game being released is gone. The game itself was being developed internally by Square Enix themselves so as to why it was canceled is anyone’s guess, could it have been in pursuit of better choices or simply turning into a bad concept? We may find out soon, or never.