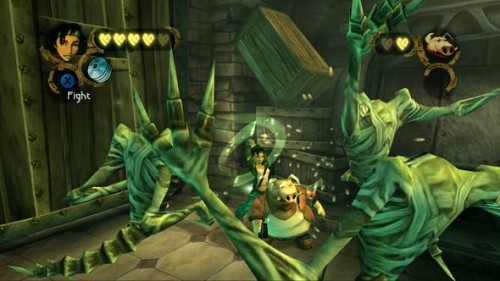 It looks like the timed exclusive that was Beyond Good & Evil for the Xbox 360 will be up in a couple of months because Sony revealed today that Ubisoft’s classic title will be coming to the PSN some point in May. Also in an effort to make up for the fact that PSN users will be getting the game later than their XBLA counterparts anyone who buys the game within the first two weeks of its release will pick up two avatars for their PSN cards.

The two avatars of course will be Jade and Pey’j of course, even though since the release window of May is still relativity vague it gives everyone plenty of time to put away $10 if they are looking to pick it up. Catch the PS3 version of the trailer below.