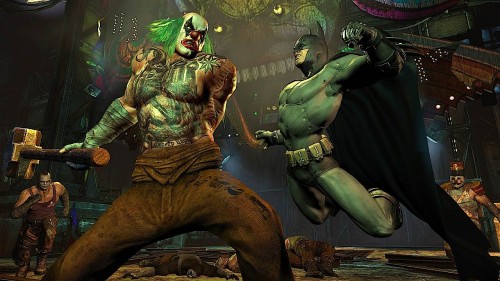 Warner Brothers Interactive has released information regarding Batman: Arkham City’s release date and it is sure to make everyone quite happy since it is going to be released this year. It was announced that the sequel to the well-recieved Batman: Arkham Ayslum would be released on October 18th in the U.S., October 19th in Australia and October 21st everywhere else.

Arkham City will feature two familiar faces in the form of Harley Quinn and the Joker but there are new villains thrown in to help spice up the pot. Catwoman makes an appearance while Hugo Strange and Two-Face also serve as main enemies this time around. It looks like the Batman will be haunting the streets of Arkham City just in time for Halloween then.