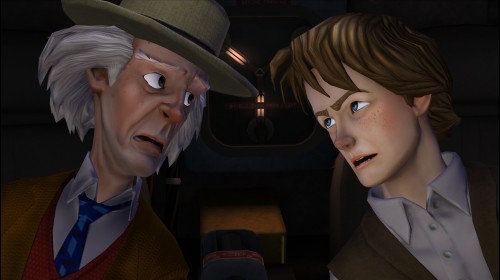 The Back to the Future series may be well under way on the PC and Mac but it has taken a little bit to catch up on the PlayStation Network. The first episode of the series took eight weeks to make it to the PSN after being released and now the second episode will be set for release six weeks after the PC/Mac release. Arriving on March 29th the second episode called “Get Tannen!” will be available for download.

With this being the second episode of the five episode series we aren’t even half of the way through Marty and Doc’s time traveling adventure which takes place after the events of the third and final movie of the Back to the Future series. You can check out Jed’s review for the first episode here.