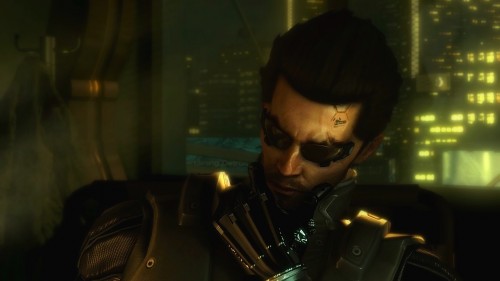 We may not have known much about the main character of Deus Ex: Human Revolution before, but we know at least a little bit now thanks to Square Enix’s latest trailer for the game. We learn that Adam Jensen is the main character’s name and there are even a few tid bits about his past in there as well. Of course what Human Revolution video wouldn’t be complete without a bit of gameplay thrown in at the end as well.

From the looks of it Deus Ex: Human Revolution will feature primarily first person action while switching to third person only when you are taking cover or performing a brutal looking stealth kill. From what we know so far the game will retain much of its stealth history from past Deus Ex games, but exactly how much is unknown. Currently the game is set for a release some point this year for the Xbox 360, PS3 and PC but exactly when is still a mystery.