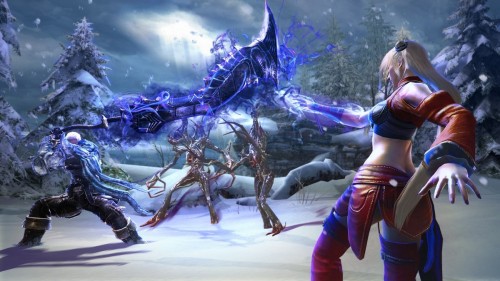 Namco Bandai has given everyone a chance to take a look behind the scenes of Knights Contract. Of course it isn’t a major look considering it is mostly only the developers talking about the game and giving details about the storyline and where the game will be taking place, but that isn’t the most important part of the video.

Instead what is important is the fact that you can take a nice long look at plenty of gameplay sequences that are shown off which show bits of combat and finishing moves that the characters can perform when working together. Also we learn a little bit about the backstory of the game, but mostly we get to see the designers pretend sword fight with one another. Also, hope you like subtitles. Catch the video below.