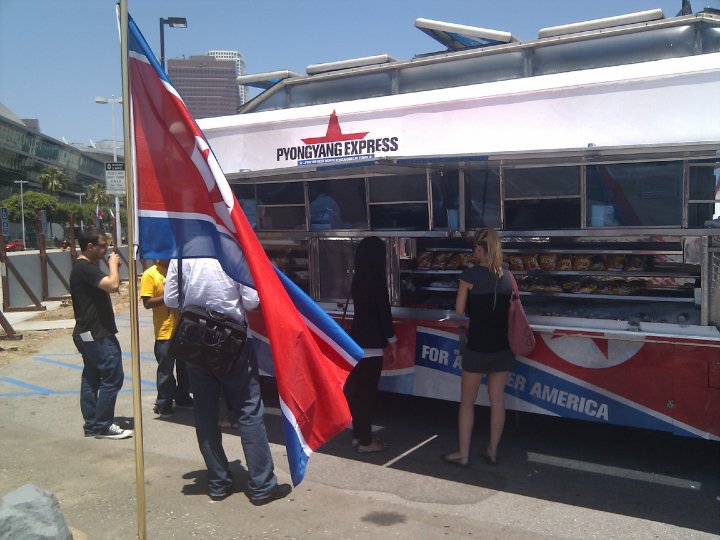 There have been many different ways to advertise your upcoming game. You can put out commercials, you can rent ad space on a bus, or you could create a bunch of North Korean looking food trucks that are called the PyongYang Express and have them drive around the Los Angeles and San Francisco area. Yep if you live in the either of those two California towns you have a chance of stumbling upon these trucks between February 22nd and March 21st.

These trucks were used a few months ago by THQ to help market Homefront and actually will sell food like they did before, including tacos and rice bowls for only a few dollars. But that isn’t the best thing about these trucks, rather than getting food you will also have the chance to play Homefront earlier than anyone else because they will have a working demo of the game available on certain days in the truck. The best way to track the truck is through its twitter page PyongyangBBQ. Certainly creative but it’s surprising no one has been offended by it somehow yet.