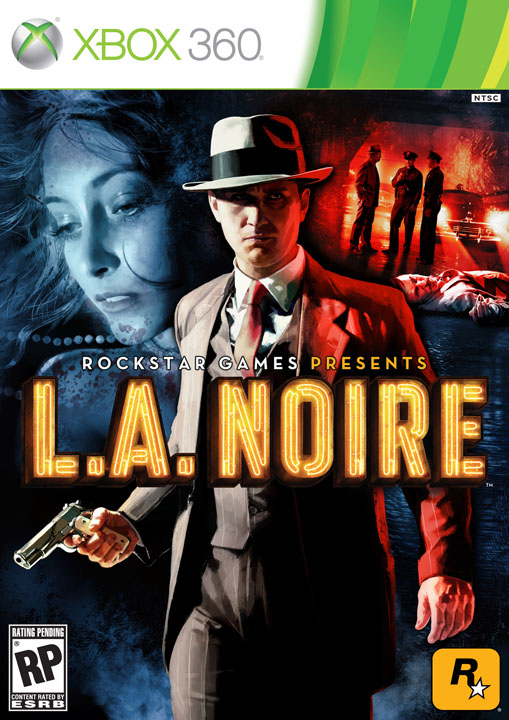 Despite the fact that L.A. Noire has a history of being late to the scene of the crime it looks like it will finally be arriving on May 17th. Sure Team Bondi and Rockstar can give it a set release date but now that they have released the official box art, it all feels real now. According to Rockstar Games there will be more information about pre-order content and exclusive content depending on where players are looking to buy the game tomorrow.

But at least at the moment we have this very colorful looking boxart which can signify the red and blue lights that cop cars have on top of their vehicles and also depicts a dead woman’s face on one side with another dead man with cops standing near him on the other. Not the best boxart I have ever seen but it certainly makes you feel like the game you will be playing is definitely going to be dark. What do you think?