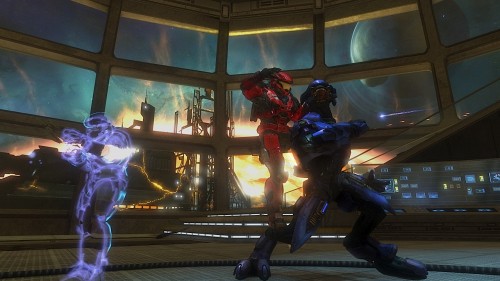 Nothing says online multiplayer like releasing a more map packs to get into peoples pocketbooks. Microsoft has announced today that Halo: Reach will be getting a brand new map pack, the second one so far, and it will be titled the Defiant Map Pack. The pack will contain three maps and will be available next month for the price of 800 MSP ($10) which brings the average cost for each map to about $3.33.

The maps included with this map pack are Condemned and Highlands which are going to be primarily used for team based combat and team objective maps while the third map, Unearthed, will be a brand new Firefight map that will take place inside of a titanium mine. There will be new achievements to go along with the map pack which will bring up the total score of the game by 150 GS. Catch the trailer for the map pack below.