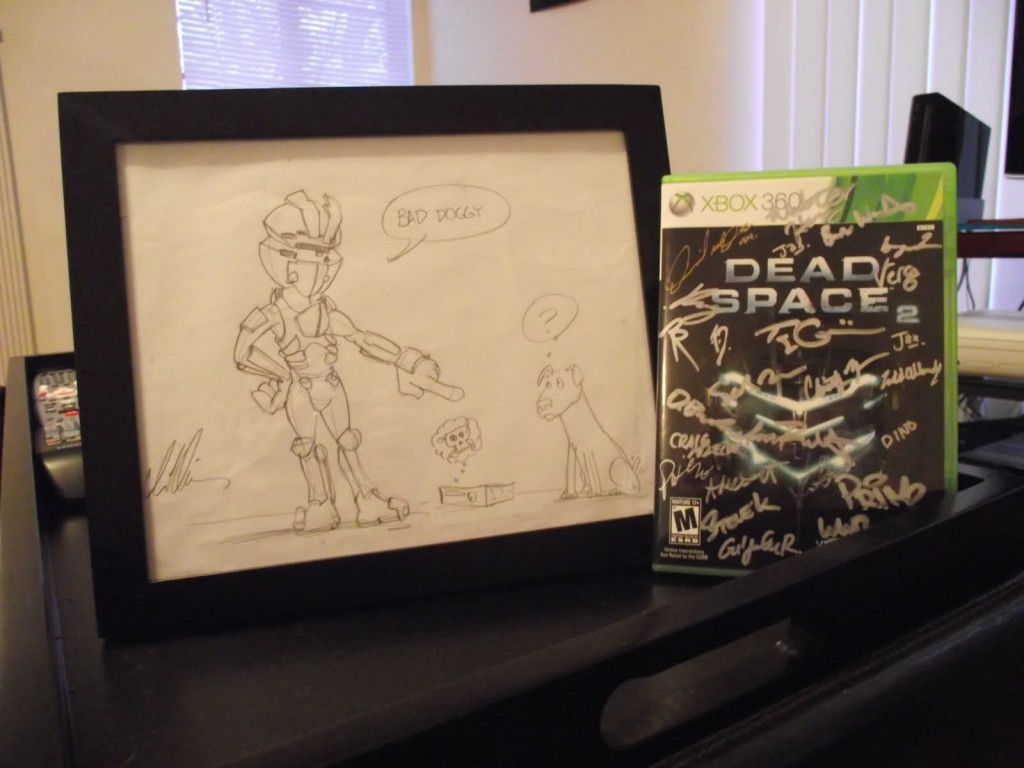 Now plenty of people have heard about the fact that moving your Xbox 360 while playing a game can equal a destroyed game disc. But what happens if you play with your Xbox 360 standing upright and your dog happens to come over and knock it down? Then you are like Ashley here who had just sat down to play her beloved Dead Space 2 only to have her dog knock down her 360 and cause it to completely destroy the disc.

After her game loss she went to Twitter to express how horrible it was and let her sadness out. But this cloud has a silver lining because someone at EA saw what happened in Ashley’s tweets and decided to ask for her address. After replying and not knowing what to expect, she heard her doorbell ring yesterday and found a package outside her door. Now when she opened this package she found the above contents inside. She found a sketch of Isaac scolding a dog, but even better than that she found a brand new copy of the game that had been signed by the staff of Visceral Games. Talk about fan appreciation.

Hunted: The Demon’s Forge proves its still alive and kicking