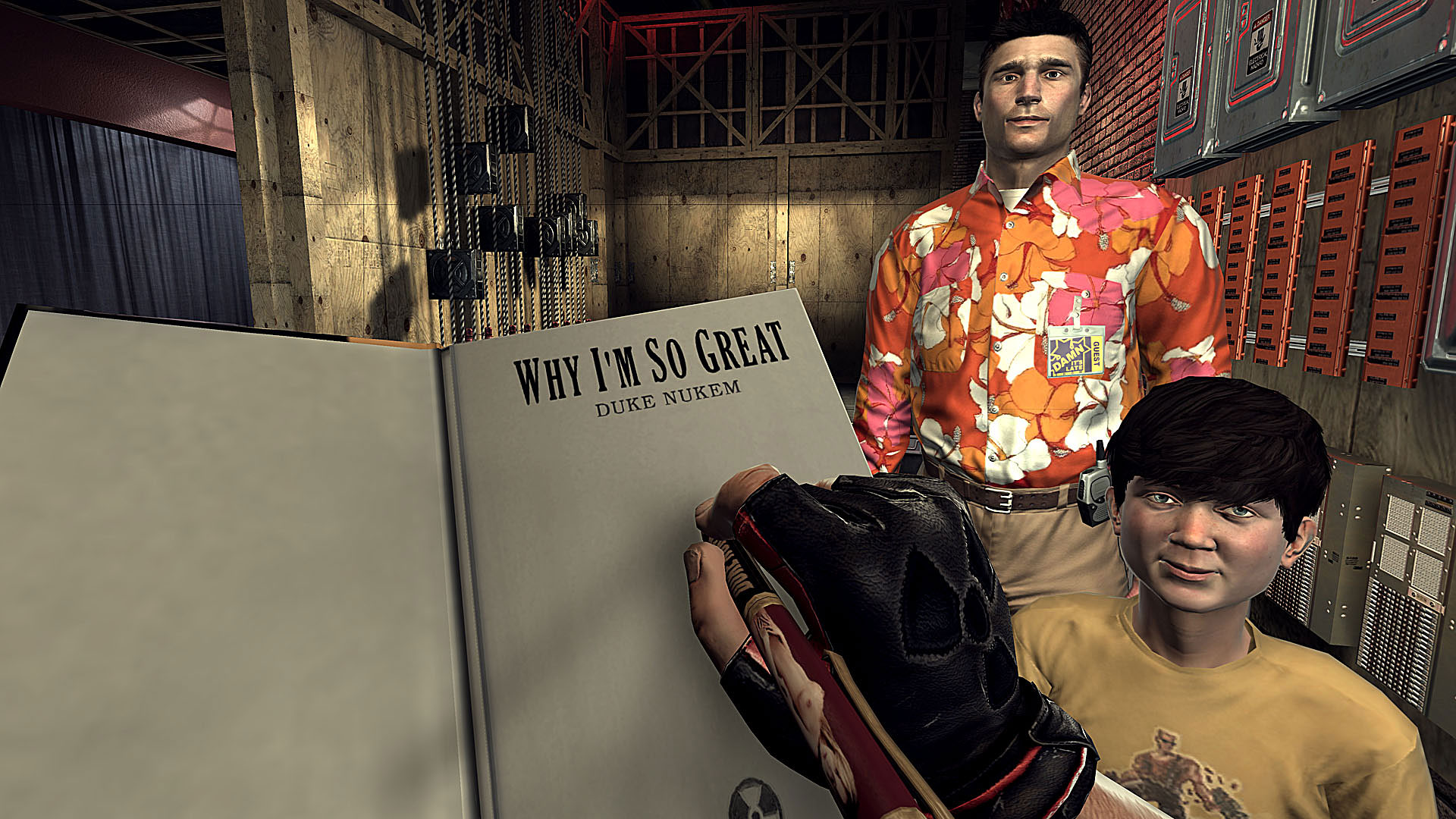 Anytime any news comes through regarding Duke Nukem Forever it seems like we are dreaming. The game is actually coming out after so many years? It is quite literally something many people had never expected to happen, but it is. Especially with the latest batch of screenshots released by Gearbox to show off just how far the game is into development, and to prove that it isn’t all just smoke and mirrors.

The screenshots show off a scene from the trailer with Duke drawing on a white board, but also shows off plenty of aliens that are just asking to be stomped down and murdered. There are plenty of big guns to tear them apart, including a turret looking weapon that fits Duke’s manliness perfectly. Take a look at the screens below. No half naked women or degrading images yet however, but most likely one can expect that type of stuff when the game comes out May 3rd.