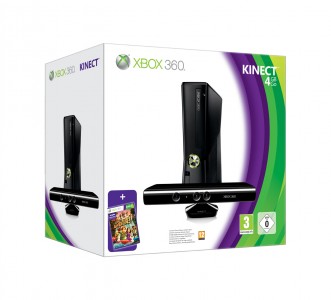 Did you know that Microsoft had released a 4GB edition of the Xbox 360 bundled with the Kinect peripheral. I did not, but do now, thanks to the new promo shot of the bundle courtesy of Microsoft.

The bundle looks to include a four gigabyte model of the Xbox 360 console with a Kinect device and a copy of the Kinect Adventures 360 game. The device retails for ~$350AU (though it has been brought to my attention that some places may be retailing them at a higher price – ~$450AU) and would be an affordable way for anyone wanting to enter this generation of consoles, or pick up a newer model of the Xbox 360 with a Kinect device. Though, for the hardcore gamer, you’ll probably be better off buying a console with a larger HDD as it will up quickly if you are constantly buying new downloadable content. This is a casual gamer type of bundle only, but the HDD can always be switched out for a larger one.