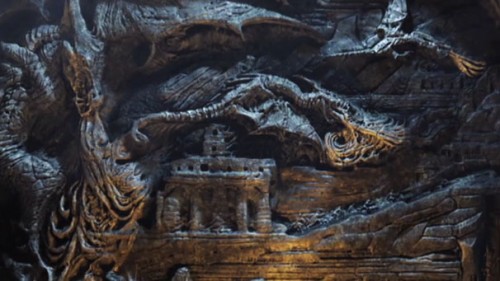 Remember that teaser where we first found out about Skyrim? That wall that we were shown is actually going to play a big part in the game, or at least the history written on the wall will. Game Informer’s website has the entire wall available and it is interactive as well. Users can highlight the different bulletpoints on the wall that detail the story involved with that picture on the wall.

The history details the rise and fall of Alduin and his eventual rise again to take revenge on Tamriel. From the events portrayed on the wall every Elder Scroll game has supposedly been leading up to the unleashing of Alduin. From the very first Elder Scrolls to the closing of the Oblivion gates everything has been set into motion by player’s hands over the years.