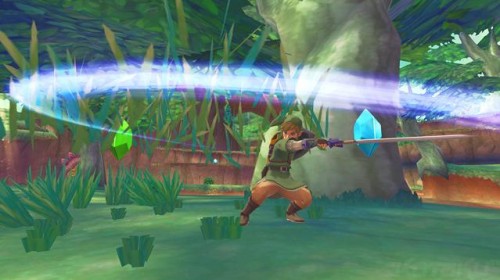 While this may not be very exciting news it is good to hear that one of the most anticipated titles for fans of the Legend of Zelda series is near finish. In a recent investment meeting Nintendo revealed that Skyward Sword is in the final stages of production and will soon be ready for release on shelves sometime this year. Now the exact release date is still a mystery but this is good news regardless.

Legend of Zelda: Skyward Sword looks to take full advantage of the Wii’s motion controls by using both the nunchuck and the Wiimote as your sword and shield. Also there will be a number of other in game actions that will take advantage of the Wii’s motion sensing ability now that the console sports the Wii Motion Plus. Now who thinks that all of the integrated Wii motion control will actually turn out to be a good thing?