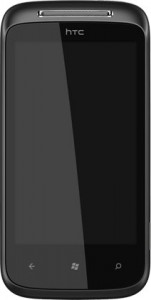 Konami is bringing the acclaimed soccer franchise to the Windows Phone 7.  Coming real soon like, the PES 2011 experience on the mobile device will focus on  realism and “offer the most advanced team and player AI in a mobile game.”  A “specially devised control system” will also be implemented. The Windows Phone 7 version of the game also introduces the ‘true flow’ system.  Meaning that you can use  AI-supported controls, or  use on-screen buttons like a regular controller.  Plus,  there will be goal celebration animations.

“PES 2011 arrives on a new format, bringing its intense realism and stunning gameplay to a whole new audience,” commented Florian Stronk, Head of Network Business Development for Konami Digital Entertainment GmbH. “PES gamers can now hone their skills while away from their system, while the true ethos of PES – skill, timing and beautiful football – can be enjoyed at any time, everywhere.”

“It is great to see best in class game franchises such as PES 2011 coming to Windows Phone 7, cementing the fact that it is fast becoming a leading gaming platform. Windows Phone 7 is a great platform for PES 2011 and I am looking forward to the game’s release” Ron Pessner, General Manager, Microsoft.