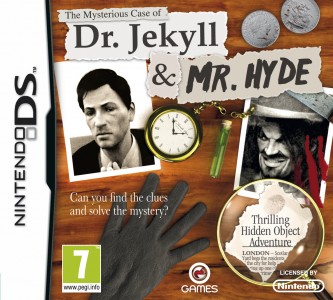 O-Games has unveiled a trailer for its latest hidden object game that is coming to DS and PC, The Mysterious Case of Dr Jekyll & Mr Hyde. While the official trailer doesn’t give much away in regards to gameplay, surprising for a time period so close to the game’s February release date, it sets the mood of what looks headed to be an atmospheric murder mystery.

If the novel of the Jekyll & Hyde is anything to go by, this will be a narrative of a split personality as you, the player, witness the troubles of Dr Jekyll as you carry out your investigation of suspicious events. You step into the role of Inspector Newcomen in London in 1886. There have been fearful whispers of a grotesque human monster prowling the shadowy alleys of the Soho district and the murder of a prosperous citizen prompts a series of questions.

During the course of the game, your investigation will have you completing over 30 mini-games in order to solve this puzzling case, a large ask for a demanding crime-investigation.